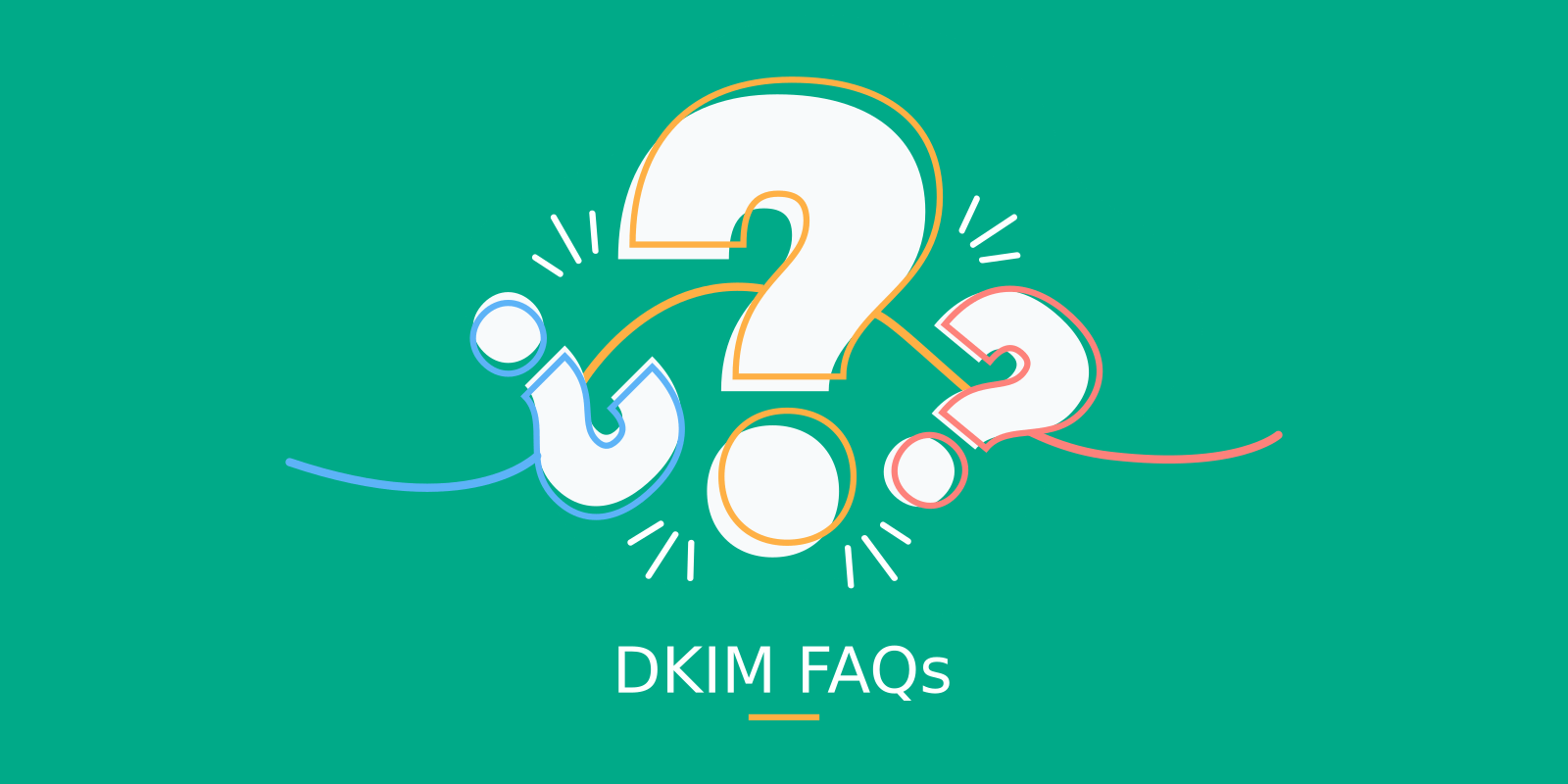 DKIM, which stands for DomainKeys Identified Mail, is an email authentication method designed to detect forged header fields and content in emails. DKIM enables the receiver to check if email headers and content have been altered in transit.

DKIM enables the receiving email server to check if the email headers and content have been altered in transit. If that's true, the DKIM check will return the fail result, indicating the message's integrity has been compromised.

On the DMARC level, you can specify a p=reject policy to reject messages that have failed DKIM authentication (and SPF authentication). This way, you can prevent malicious emails from reaching your recipients' inboxes.

Who signs the email message?

The outgoing server that actually sends the email message by initiating an SMTP session does. It signs the message using a private key saved locally on the same machine.

How does DKIM signing work?

DKIM signing an email message on the originating email server involves these steps:

Who verifies the email messages?

The receiving server of the email message does.

After the verification, it returns one of these results (possibly to a controlling module like DMARC): none, pass, fail, policy, neutral, temperror, and permerror.

How does DKIM verification work?

When the email reaches the destination, the receiver checks if a DKIM-Signature field exists in the header.

If a DKIM-signature field is found, the server verifies the authenticity of the email: