Home Can I Have Multiple DKIM Records on My Domain?

Can I Have Multiple DKIM Records on My Domain? 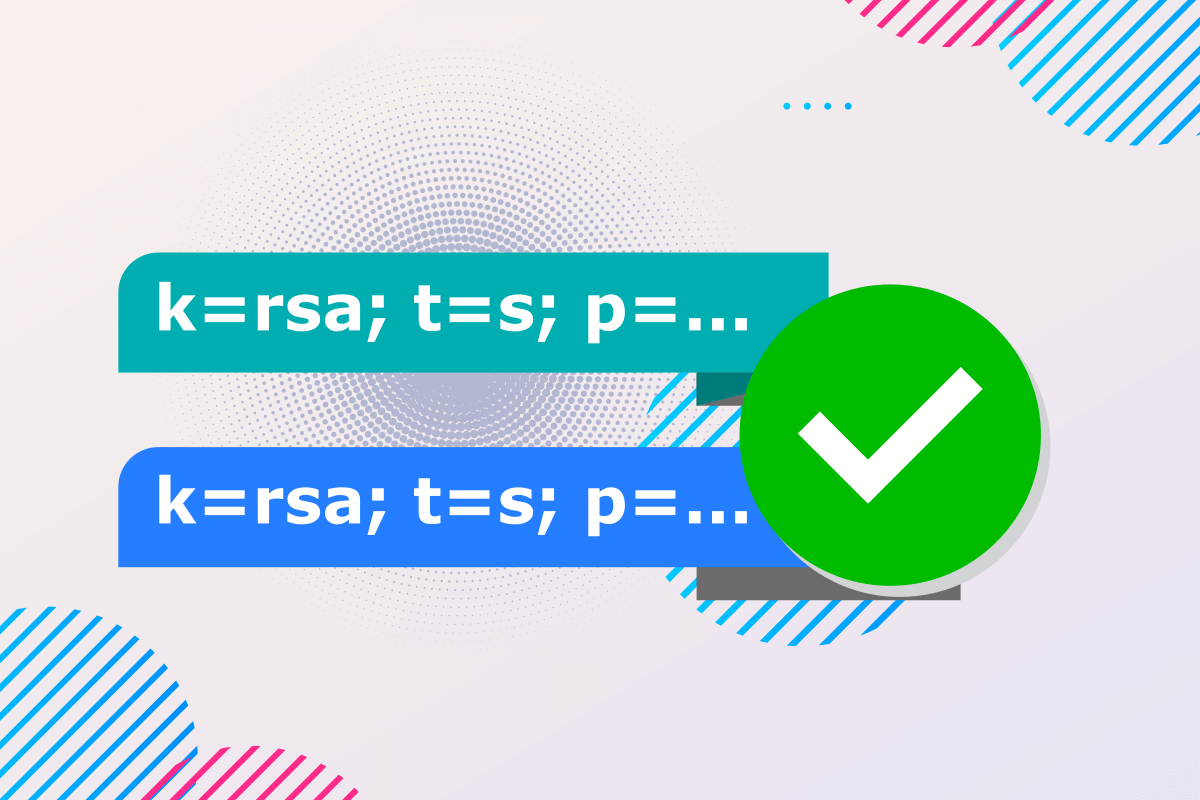 DKIM stands for DomainKeys Identified Mail. It is an email authentication method designed to detect forged header fields and content in emails. DKIM allows the receiving email server to check if email headers and content have been tampered with in transit.

DKIM is based on asymmetric cryptography, which uses pairs of keys: private keys which are known only to the sending server, and public keys which are published in the DNS and accessible to the receiving server.

What is a DKIM record?

A DKIM record is a TXT record published in the DNS. It consists of a list of tags, one of which is the "p=" tag, which contains the public DKIM key.

Here is an example DKIM record:

The DKIM record above consists of a list of tags defining the parameters of the record. The p tag in the record specifies the base64 encoded public key, which is used by the receiving server to validate the DKIM signature.

For example, if you set up DKIM in SendGrid, it creates a CNAME-typed DKIM record which looks like:

This record maps to a TXT-typed DKIM record:

What is a DKIM selector?

A DKIM selector is a string used to specify the location of the DKIM public key on a domain. The main purpose of DKIM selectors is to allow for multiple DKIM key pairs on the same organization's domain name.

For example, you can choose a selector "may10" and create a DKIM public key at that selector on domain "example.com": may10._domainkey.example.com.

You can also choose another selector "july29" and create a DKIM public key at that selector on domain "example.com": july29._domainkey.example.com.

Can I have multiple DKIM records on a single domain?

As mentioned in the previous section, multiple DKIM records on a single domain are made possible by creating multiple DKIM selectors on that domain, with each selector pointing to a DKIM record.

The possibility of having multiple DKIM records on a single domain is instrumental in the following scenarios:

Unlike SPF and DMARC, having multiple DKIM records on a single domain is not only possible, but oftentimes necessary.